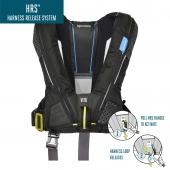 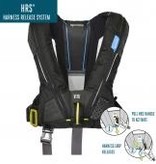 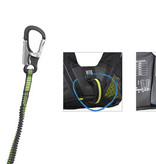 Comes with a free Spinlock Tether!

The Deckvest VITO is a 170N lifejacket with integrated Deck safety Harness.  All VITO Deckvests are built to allow them to be upgraded with the unique Spinlock Harness Release System (HRS™). This revolutionary system, evolved directly from the  development work with the Volvo Ocean Race,  is in the final stage of approval testing and will be launched early 2019. HRS™ is a unique system that ensures a simple release from a safetyline, even when fully loaded. It is easily accessible with either hand, but significantly reduces the risk of an accidental snag or release.